Get fresh music recommendations delivered to your inbox every Friday.
We've updated our Terms of Use. You can review the changes here.

a storm was coming but I didn't feel nothing

by Heath Cullen and the 45 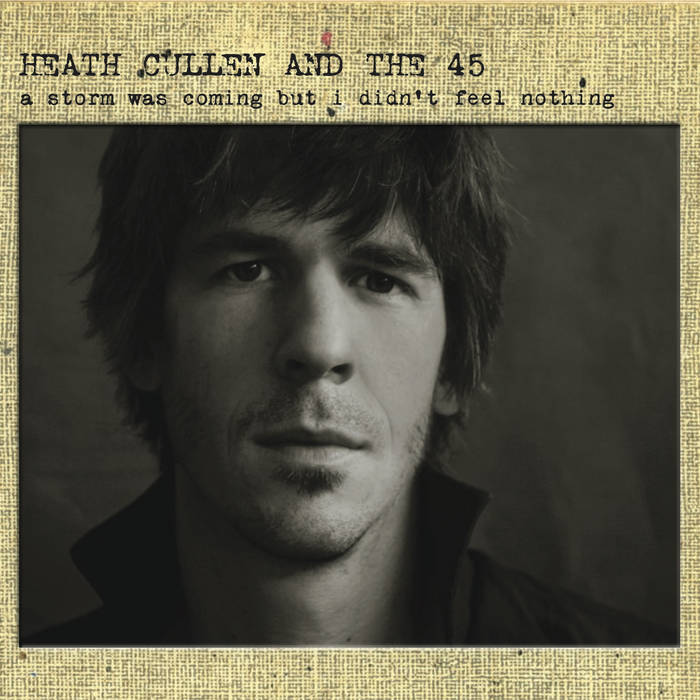 hazzart I met Heath Cullen not long after this album was released, and had only heard a snippet on local ABC Radio. When I got a copy I couldn't stop playing it. He's a great inspiration, and this is his first album. The quality of his productions has always been first class. Was honoured to be able to host him for a performance at Nerrigundah Ag Bureau in 2017 Favorite track: Break My Heart.

Amy likes it! Saved me on a rainy day... Favorite track: Fullerton's Bridge.

Debut album from Australian guitar-slinger-turned-tunesmith with his band the 45, released in 2010.

"A remarkably assured debut.. the album is a study in space, texture and melodic beauty.” THE CANBERRA TIMES

All songs written by Heath Cullen.

Recorded by Jason Coman, Heath Cullen, Ben Tolliday, Dave Sparks and Pol O'shea at The Dairy, The Ark, Pirate and Turingal Studios between September 2007 and April 2010.

Mixed by Ben Tolliday at The Ark, Brisbane.